Adam is the New York Times bestselling author of two books: Irresistible (March, 2017), which considers why so many people today are addicted to so many behaviours, from incessant smart phone and internet use to video game playing and online shopping, and Drunk Tank Pink (2013), which investigates how hidden forces in the world around us shape our thoughts, feelings, and behaviours.

Adam has also written for the New York Times, New Yorker, Washington Post, Atlantic, WIRED, Slate, Huffington Post, and Popular Science, among other publications. He has shared his ideas on NPR’s Fresh Air, at the Cannes Lions Festival of Creativity, and with dozens of companies, including Google, Microsoft, Anheuser Busch, Prudential, and Fidelity, and with several design and ad agencies around the world.

Adam’s academic research focuses on judgment and decision-making and social psychology, with a particular interest in the sometimes surprising effects of subtle cues in the environment on human cognition and behaviour. His research has been published widely in academic journals and featured in dozens of TV, radio and print outlets around the world.

Simon is an award-winning journalist and Political Editor at The Australian. He was previously National Affairs Editor, the Daily Telegraph’s NSW political editor, and also president of the NSW Parliamentary Press Gallery. He grew up in Melbourne and studied philosophy before completing a postgraduate degree in journalism.

Jocelyn is a Sydney-based registered psychologist with a special interest in the psychology of technology and staying human in a digital age.

Jocelyn created Digital NutritionTM in 2013 – as a positive technology use philosophy to guide all humans’ understanding of the risks and benefits of the online media content we consume and promote ways to consider the virtual nutritional value of these activities.

Jocelyn has had a varied career, spending 5 years as a teacher of high school social sciences, over a decade as a School Counsellor/psychologist in NSW public schools, as well as positions in social media strategy and in the performing arts.

Jocelyn is a part of the Cyberpsychology Research Group at Sydney University and is a trusted eSafety provider of education with the Australian Office of the eSafety Commission.

Her 2009 psychology thesis explored the impacts of increasing access to Internet enabled laptops on a cohort of grade 10 boys and the emerging area of Problematic Internet Use (PIU), colloquially known as ‘Internet Addiction’.

In 2021 she completed a Masters of Applied Science exploring the role of self-control and parenting factors in the prevention of Problematic Smartphone Use in a cohort of Year 7 students in metropolitan Sydney.

In addition to her private psychology practice where she works with high schoolers to baby-boomers, Jocelyn is a sought-after speaker, educator and media commentator on issues relation to cyberpsychology, digital wellbeing and mental health.

Galvin Scott Davis is the Founder and director of ‘Protein One’, one of Australia’s leading creative digital agencies. For over 19 years Protein have designed brands, digital experiences and campaigns for clients including The Woolmark Company, ASICS, Westpac, Apple, HOYTS, Optus and more. The agency was awarded the New York, London and Sydney Design Awards for Best Digital Experience.

As a writer/director, Galvin created the global anti-bullying campaign ‘Dandelion & Daisy Chain’ which tackles cyber bullying. His children’s book ‘Dandelion’, published by Random House, became the #1 Book App in Australia. His follow up animated movie ‘Daisy Chain’, narrated by Academy Award Winning actress Kate Winslet, screened at over 30 international film festivals, and impacted positively on schools all over the world.

He was previously Chief of Staff to Australia’s twenty seventh Prime Minister, the Honourable Julia Gillard MP, between 2011 and 2013.

Between 2009 and 2011, Ben was Chief Executive Officer of the Victoria Bushfire Reconstruction and Recovery Authority, the Government agency coordinating the recovery of communities and individuals affected by the 2009 Black Saturday bushfires.

Ben has served in a range of other senior government and parliamentary advisory roles, including as Chief of Staff to the Deputy Prime Minister and Minister for Education, Employment and Workplace Relations (2007-09) and Principal Adviser to the Victorian Premier (1999-2002 and 2004-2007).

He has also worked as a university lecturer and in the biotechnology sector. Ben holds a Bachelor of Commerce in economics and a Masters of Public Policy and Management from the University of Melbourne.

Ben is a Distinguished Visiting Scholar and Senior Fellow at the University of Melbourne’s School of Government and is a member of its Advisory Board.

Ben’s governance roles include serving as President and Chair of the YMCA in Australia, and as a Director of the Suburban Rail Loop Authority and of the Clifton Hill/North Fitzroy Community Bank.

Nyadol Nyuon is the Chair of Harmony Alliance: Migrant and Refugee Women for Change. She is a lawyer, community advocate, writer, and accomplished public speaker. Nyadol is also a regular media commentator on these issues, having appeared on ABC’s The Drum, as a panellist on Q&A and contributing to The Age, Sydney Morning Herald and the Saturday Paper, to name just a few.

Nyadol was born in a refugee camp in Ethiopia, and raised in a refugee camp in Kenya. In 2005, at the age of eighteen, she moved to Australia as a refugee. Since then, Nyadol has completed a Bachelor of Arts from Victoria University and a Juris Doctor from the University of Melbourne. She now works as a commercial litigator with Arnold Bloch Leibler

Nyadol is a vocal advocate for human rights, migrant and refugee women, and the settlement of people with refugee experiences and those seeking asylum. She has worked and volunteered extensively in these areas with a range of organisations.

Nyadol is a regular media commentator on these issues, having appeared on ABC’s The Drum, as a panellist on Q&A and contributing to The Age, Sydney Morning Herald and the Saturday Paper, to name just a few.

He has published more than a hundred articles, chapters, and edited books in social psychology, and his research has been featured in The New York Times, USA Today, The Economist, the BBC, Le Monde, El Mundo, Der Spiegel, and The Australian.

In 2018, he published his book “The Social Leap” on the evolutionary science of who we are, where we come from and what makes us happy.

Carla is the founding CEO of Migration Council Australia (MCA). She has a background in public policy development and impact strategy, corporate governance, and tertiary research.

Before establishing MCA, Carla worked in senior roles in the public service and as an advisor to the Government, principally in migration and settlement, including as Chief of Staff to the Minister for Multicultural Affairs. She also held academic and consulting positions in Australia and abroad.

Carla is the Deputy Chair of Football Australia and a Board Director of The Australian Centre for Social Innovation.

She is the co-founder and Deputy Chair of the Migrant and Refugee Health Partnership and the Judicial Council on Cultural Diversity, as well as a member of the Council of Harmony Alliance, the national migrant and refugee women’s alliance. 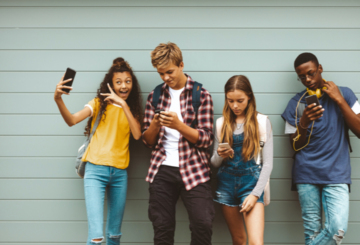