What is the issue?

There is a need for effective regulation of social media platforms to ensure the development and use of this technology is human-centred.

Social media can aid connectedness and social support and build skills appropriate for the digital age. However, increased use of social media also carries risks, especially for children and adolescents.

Social media can be incredibly addictive, with platforms intentionally designed to maximise the time users spend on them by using algorithms to display content users will find engaging based on previous behaviour online. Strategies such as likes, shares and suggested content are aimed at capturing our attention and increasing the amount of time spent on the platform. Like gambling and gaming, users can become captivated and obsessed, spending more time than anticipated on the platforms.

There is a growing body of evidence indicating the damaging impact of social media on mental health and wellbeing – in particular, a strong correlation between extensive and habitual use of social media and increased anxiety, depression and suicidal ideation. Negative online interactions, such as critical comments or lack of ‘likes’, may contribute to perceptions of exclusion and disconnection, while unfavourable social comparison with other users can adversely affect self-esteem through exposure to highly curated lives.

While the use of social media by Australians, particularly young Australians, has increased dramatically, this has been without guidance or insight into the impacts on their health and wellbeing. The long-term effects of heavy social media usage are yet to be explored.

All Australians – but especially young Australians and their parents, carers and educators – need to better understand these effects and be equipped with the tools and resources to navigate life online.

Social media can bring us together and give voice to those who may have traditionally been excluded from public debate. It can also deepen divisions and challenge social cohesion.

Social media is a place where incorrect information spreads quickly. The platforms are designed to encourage and optimise content that generates clicks and is shared, preferencing viral content that is more sensational and more emotive. As misinformation often acts on emotive plays and sensational claims, it is more likely to go viral and be shared – and is therefore more difficult to contain. In a world where more and more Australians rely on social media as their primary news source, combating the spread of false information online is crucial.

Using algorithms, social media platforms expose their users to similar content they have previously engaged in. This creates echo chambers, where users are repeatedly exposed to similar views and opinions with minimal exposure to opposing views. Echo chambers can make people insular, less curious, and less open-minded towards different ideas, fuelling animosity towards ‘the other’ and deepening divisions in society.

Responding to the risks that social media poses to social cohesion should be a priority for governments and policymakers.

Social media has emerged in recent years as a mechanism to perpetrate abuse and harassment, including cyberbullying, the promotion of violence, self-harm and inappropriate content, gender-based violence and technology-facilitated abuse.

There are distinctive elements of technology-facilitated abuse arising from features of social media platforms, such as the potential for perpetrators to remain anonymous, the possibility of a wider audience for the abuse, the permanence of content posted online, and significant challenges for the victim in disconnecting from the abuse.

In recent years, social media platforms have responded to concerns raised by individuals and organisations by implementing measures such as the use of artificial intelligence to identify and block fake accounts and providing access to safety tools. However, these measures are in their infancy and remain limited.

More needs to be done to ensure the safety and security of individuals online. 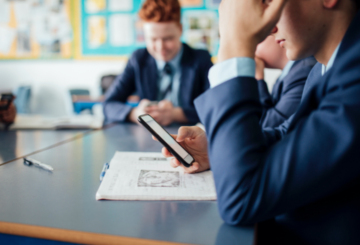